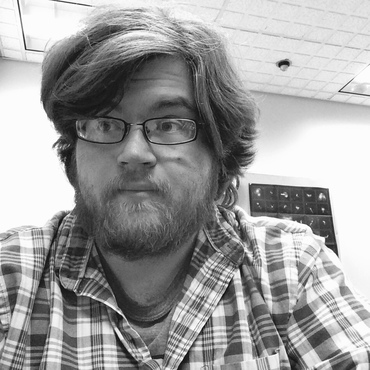 I study theoretical galaxy formation, with an emphasis on the smallest galaxies we can see. Below are some of my research interests

One of my current active areas of research is simulating dwarf galaxies of the Local Volume as part of the FIRE collaboration. The purpose of these types of simulations to better understand the complex physics that shapes the formation of galaxies including stellar feedback, and reionization.

Below are visualizations of three simulations that I've run with GIZMO. Each of these galaxies has a stellar mass around 1 × 108 M☉, which is roughly the mass of the Small Magellanic Cloud (SMC). 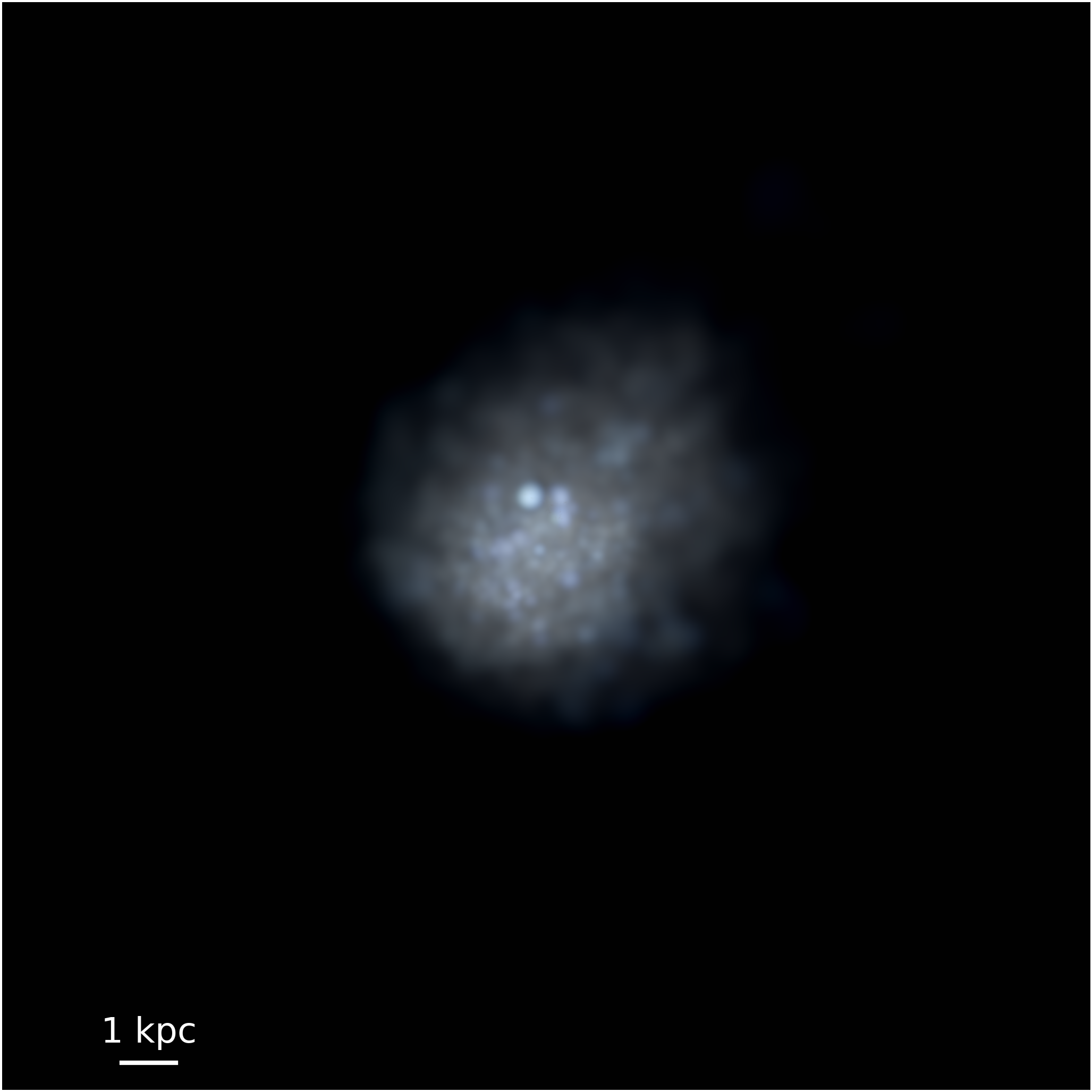 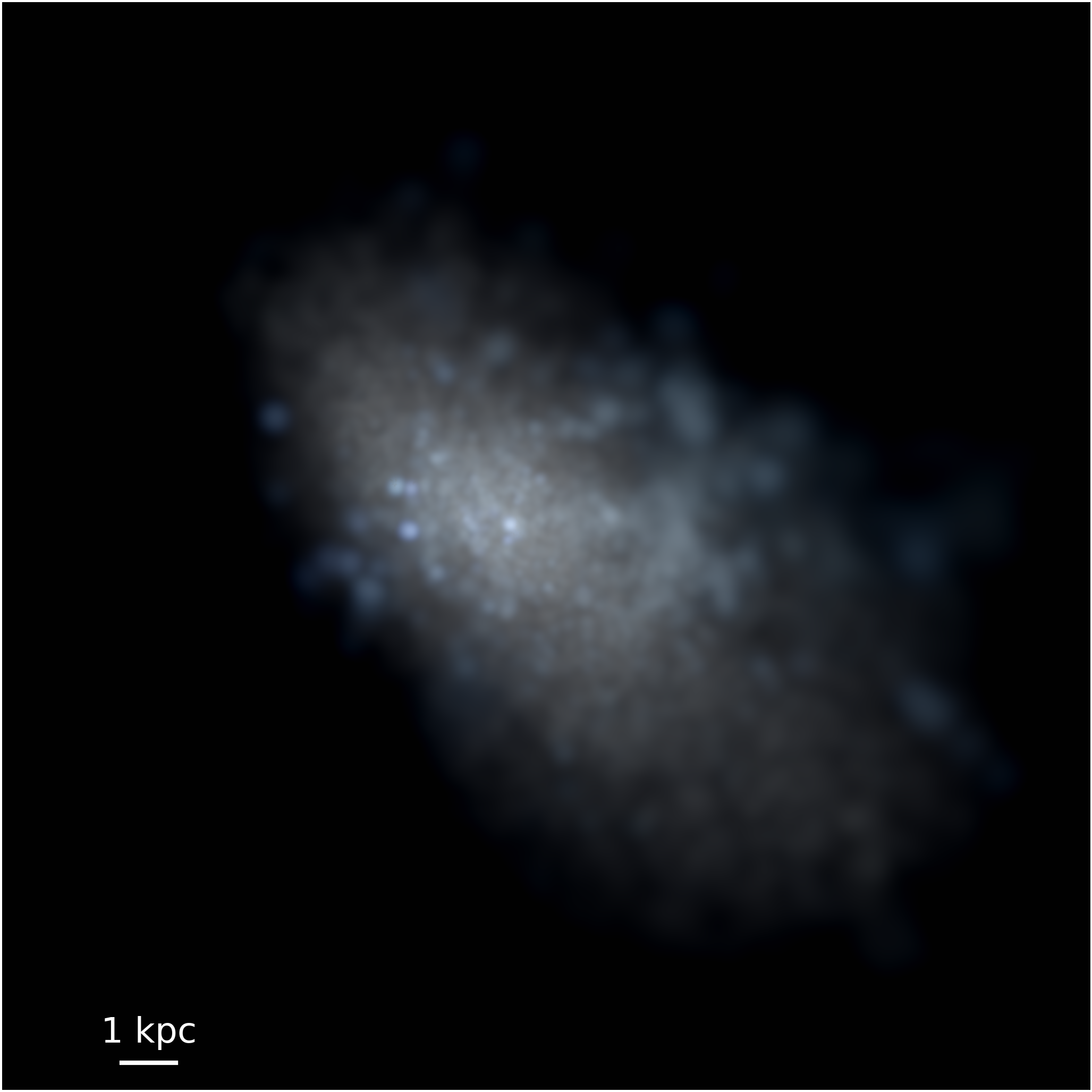 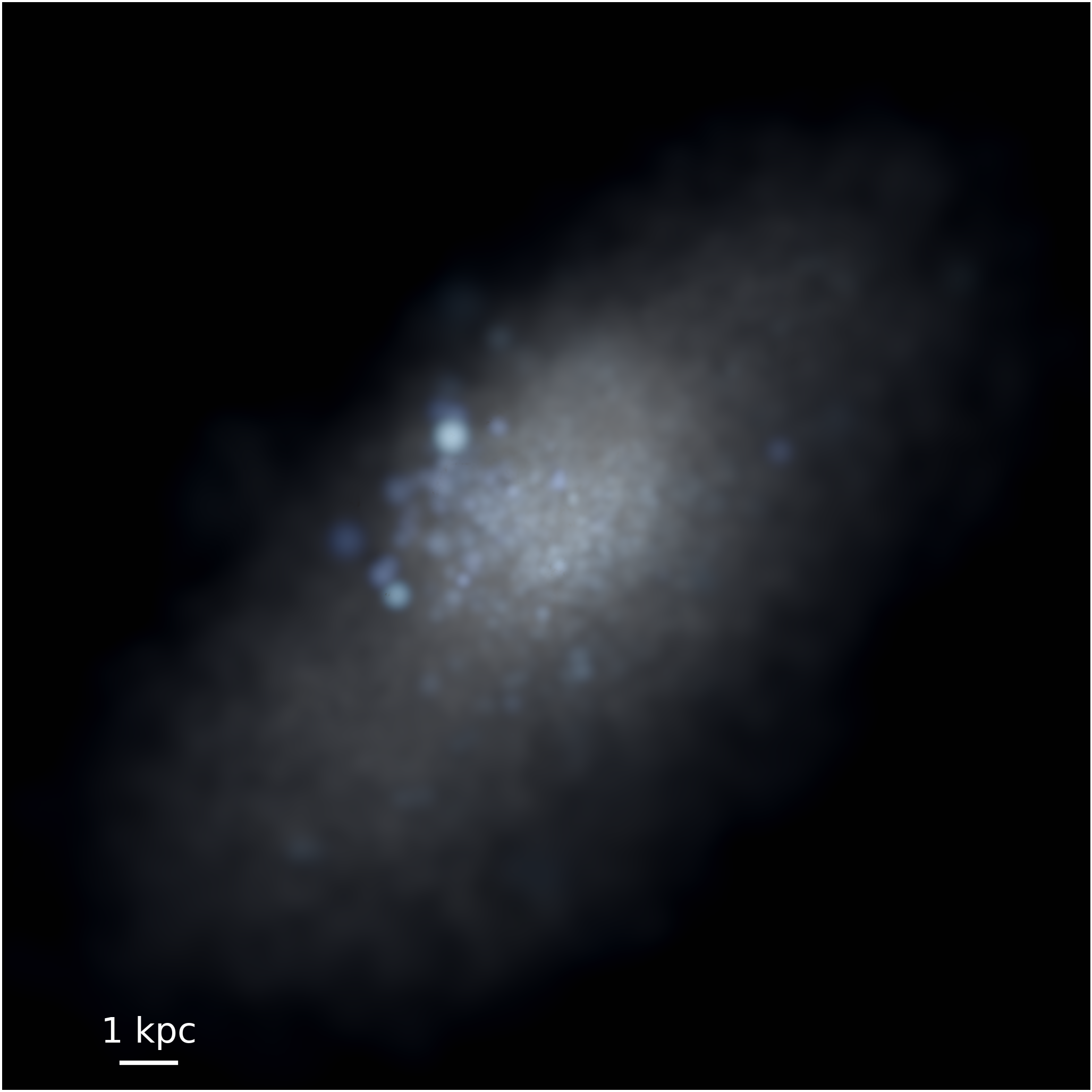 Related to the Milky Way satellites is the process of the disruption of satellites due to the stellar disk of the Milky Way. This is illustrated by the figure below ( adapted from Kelley et al. 2019 ). The addition of the disk reduces the number of satelltes by up to 50%. This is important for interpreting the observed distribution of satellites. I have used simulations of disk disruption to place constraints on the the smallest galaxies that can form. You can read this work here .

Another area of resarch is making theoretical predictions of the field of substructure lensing. We can use observations of lensing galaxies, and complex models to potentially reveal very small substructures, potentially even dark matter halos that have no corresponding galaxy. This is interesting because it could potentially allow us to study the properites of dark matter.